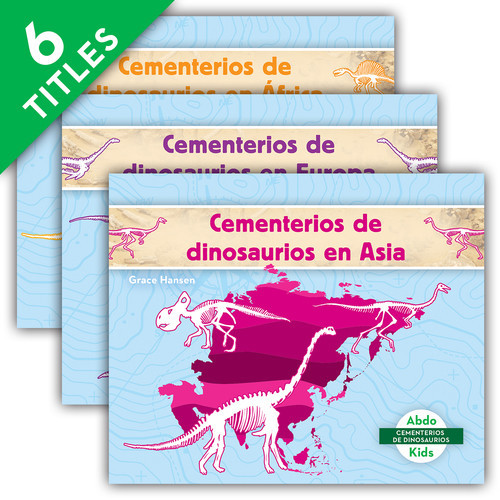 Travel around the world to some of the most well-known dinosaur fossil sites! The series will feature which rock formations held some of the most impressive dinosaur discoveries in history. Readers will enjoy both CG dino images and real fossil photos, along with a closer look at each dino, like when it lived and what it ate. Aligned to Common Core Standards and correlated to state standards. Abdo Kids Jumbo is an imprint of Abdo Kids, a division of ABDO. Translated by native Spanish speakers--and immersion school educators.