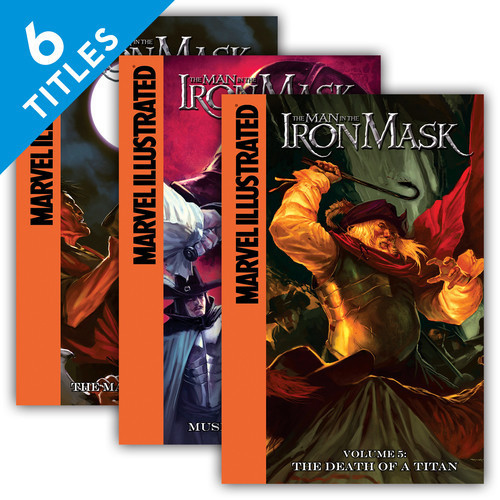 Man in the Iron Mask

Alexander Dumas' brilliant follow-up to The Three Musketeers, brought to vivid life as only Roy Thomas and Hugo Petrus can! Deep inside the French prison known as the Bastille resides prisoner number 12, Philippe…who is none other than the twin brother of King Louis XIV. He was incarcerated to prevent him from setting off a civil war in his quest for the kingship itself. But there are forces who will work tirelessly to free this man in the iron mask -- and put Philippe on the throne! It's an adaptation that will draw you in with political intrigue so timely it will shock you.

Dumas’s swashbuckling adventure introduces readers to the Musketeers’ feats of derring-do with this six-volume series. Readers will be caught up in this romantic tale of action and adventure based on language from the original classic and containing a story synopsis at the beginning of each volume.