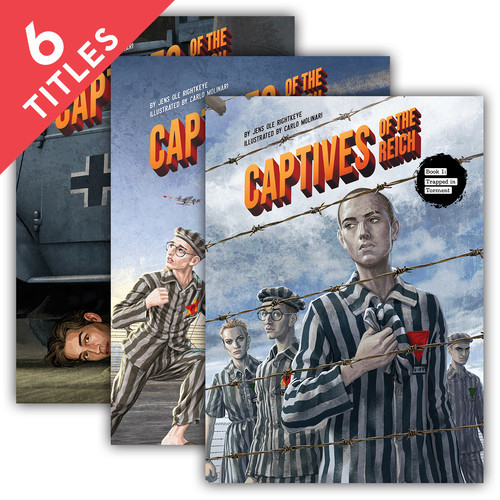 Captives of the Reich

Captives of the Reich traces the paths of an American special operative, a French saboteur, a Jewish resistance fighter, and a Polish farmer as they navigate the heartbreaking upheavals of World War II. Their stories converge at a Nazi death camp in the heart of Poland, where trainloads of people perished during the Holocaust. The four unite around a commitment to human dignity and to escape at all costs. Aligned to Common Core Standards and correlated to state standards. Claw is an imprint of Magic Wagon, a division of ABDO.