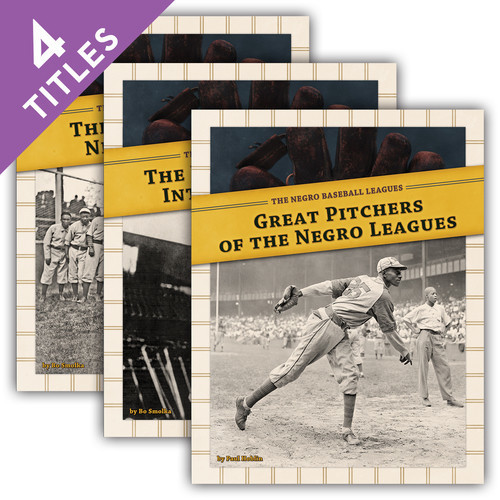 Some of the best players in the history of baseball never played one inning in the majors. That is because Major League Baseball barred black players until 1947. So while Babe Ruth, Cy Young, and others were dominating the majors, stars such as Satchel Paige and Josh Gibson were making a name for themselves in the Negro Leagues. The Negro Baseball Leagues series covers the history of the Negro Leagues, their great pitchers and hitters, and the era of integration with Major League Baseball. Each book contains vivid descriptions of the legendary players and stories while also exploring the social impact of black baseball in segregated America.

Leading off dramatically with the final two innings of the 1935 East-West All-Star Game, this slender volume offers a brief but informative introduction to the history of Negro League baseball. Smolka discusses the creation of the Negro Leagues, introduces the outstanding players, and describes the difficulties faced by teams traveling through the segregated South. The book’s attractive design features wide-spaced lines of text, restrained use of color, and archival photos of individual players and teams. Make room for this volume from the Negro Baseball Leagues series.