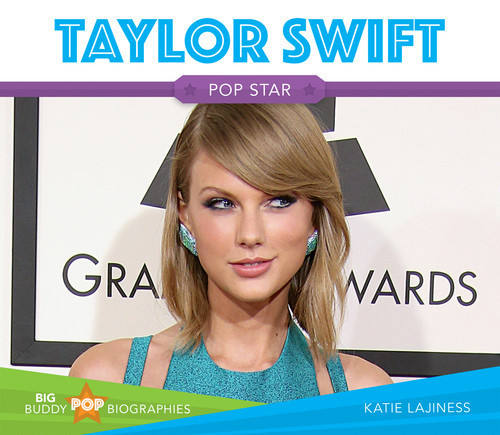 Meet pop star Taylor Swift! In this engaging title, readers will learn about Swift's childhood in Pennsylvania, her family's move to Nashville, Tennessee and her start in country music with albums Taylor Swift and Fearless to her expansion into pop with Speak Now, Red, and 1989. Swift's many awards are covered, including her seven Grammy Awards and 20 Billboard Music Awards, as is her charitable work with libraries, schools, and hospitals. Table of contents, map, "Did You Know" fact boxes, a "Snapshot" graphic with vital information, glossary, and index are included. Aligned to Common Core Standards and correlated to state standards. Big Buddy Books is an imprint of Abdo Publishing, a division of ABDO.