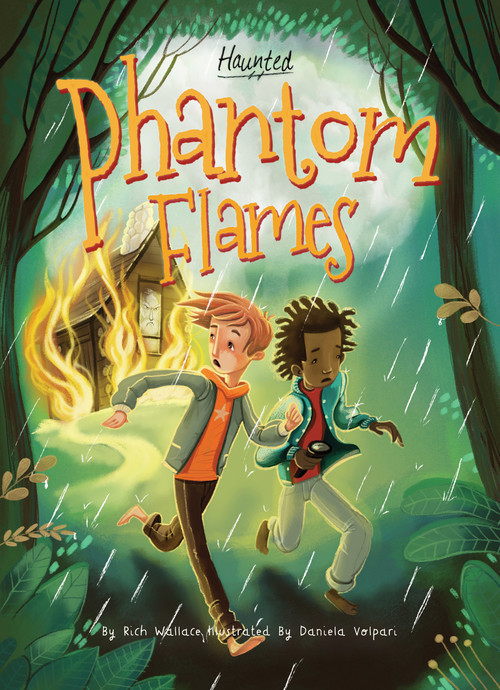 Stu and Dan hike into the forest to camp overnight. They get caught in the rain and decide to spend the night in an unlocked hunting cabin. They smell smoke late at night and escape the cabin as it bursts into flames. The next morning, they return to the cabin to see if Stu's shoes survived the fire and find the cabin intact. This time, the cabin is locked. Stu returns to the cabin that night with a hammer, but this time he's trapped inside as flames block the door. A window opens, and Stu is lifted to the edge. He scrambles out to safety. As he stumbles away, the window slams shut and Stu sees the face of the ghost. The fire goes out and there's no trace that it happened.