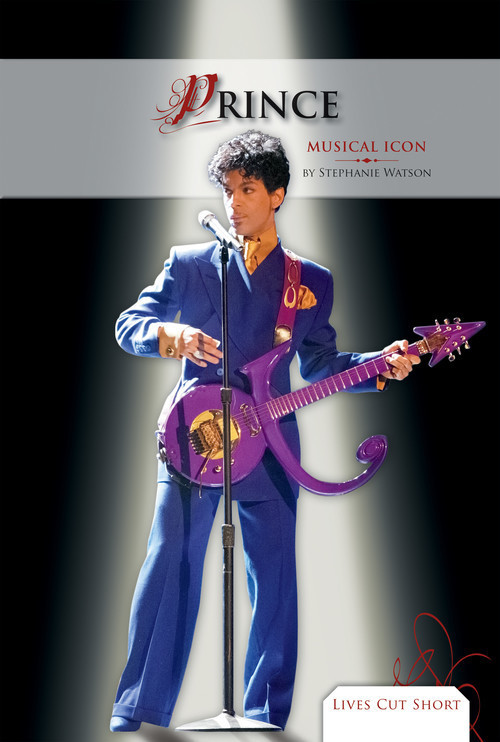 This informative title highlights the life of Prince. Readers will learn about his childhood in Minneapolis, Minnesota, including an early interest in music that led him to teach himself to play several instruments at a young age. The book discusses Prince’s legendary music career, from the release his first album when he was only 19 years old up to his 2015 release, HITnRUN. Prince’s diverse musical influences are explored, as is the 1984 album Purple Rain and the movie of the same name, which launched him to a level of superstardom beyond what he had achieved with any of his previous albums. The album features many hit singles, such as “When Doves Cry,” “Let’s Go Crazy,” and “Purple Rain.” Prince’s difficult business relationship with recording label Warner Bros. and his 1993 decision to change his name to an unpronounceable symbol are also discussed. His political activism is included, as is his commitment to mentoring up-and-coming musicians. Details of the investigation surrounding his tragic death at age 57 are also discussed. This book includes details of Prince’s life and covers the controversies surrounding his life and death. Aligned to Common Core Standards and correlated to state standards. Essential Library is an imprint of Abdo Publishing, a division of ABDO.