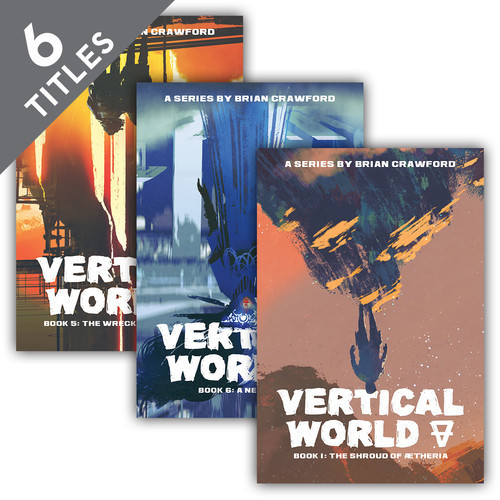 Two worlds--Ætheria, a stratospheric complex mostly devoid of oxygen; and Cthonia, a terrestrial civilization thriving on fungus and ground water. Both places go ignored until one world attacks the other under mysterious circumstances. A group of Ætherian operatives infiltrate Cthonia to investigate. While in this new world, the team discovers that not only everything they had been told about the world below is false, but both civilizations truly want peace. Two sixteen-year-olds, Rex and Aral, race against the clock to avert war. "Vertical World" is an EPIC Press series, a division of ABDO.