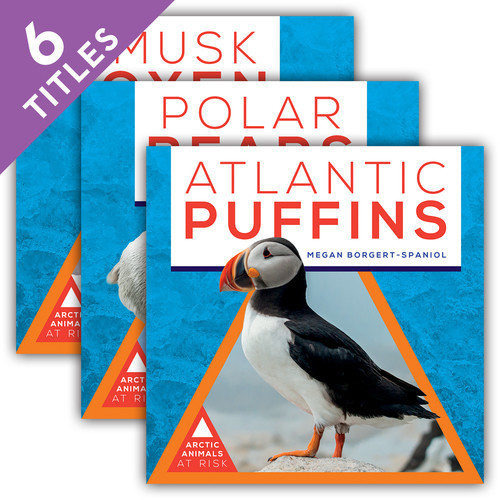 This series introduces readers to Arctic animals whose populations are threatened by human activity. Each fact-filled title covers the featured animal's range and habitat, physical adaptations, social behaviors, diet, and reproduction. Later chapters discuss key threats to the animal, with emphasis placed on issues caused by climate change and humans. Readers will also learn about protective legislation, conservation efforts, and other measures to help preserve Arctic habitats and wildlife. Aligned to Common Core Standards and correlated to state standards. Checkerboard Library is an imprint of Abdo Publishing, a division of ABDO.