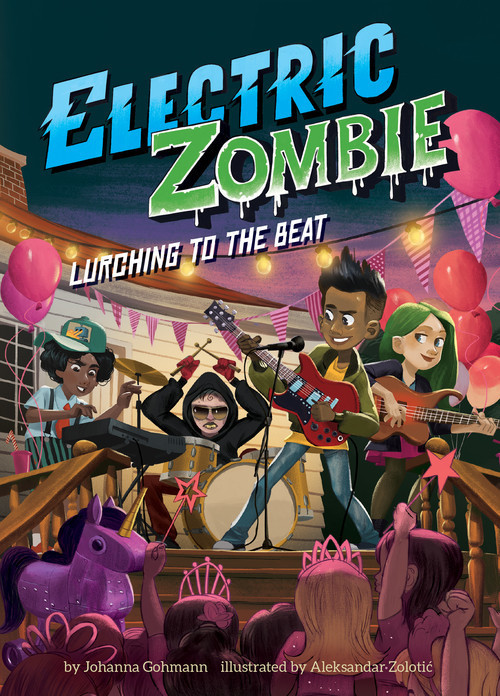 Lurching to the Beat: Book 1

Fab and his friends think they've found the perfect drummer for their rock band in his new neighbor, Zee. But Zee's bizarre behavior and slow, lurching movements seem odd to Lola and Emilio. Fab insists he's just a normal teenager. That is until Fab has a scary encounter with Zee's dad in the woods, and sees Zee act strangely during their first gig. Fab can't help but wonder . . . is his amazing drummer really a zombie? Calico is an imprint of Magic Wagon, a division of ABDO.