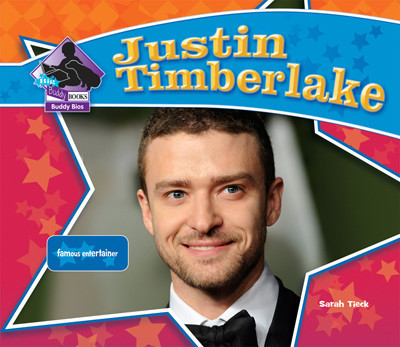 Colorful graphics, oversized photos, and short, engaging sentences draw reluctant readers in to the fascinating life of famous entertainer Justin Timberlake! This book describes Timberlake's childhood, family, education, and rise to fame. Readers will follow Timberlake's career, from his Mouseketeer role on The All New Mickey Mouse Club to the formation of 'N Sync and eventually to his solo music career with the release of his first album, Justified. Also covered are Timberlake's Grammy awards and his acting work, including his role in The Social Network, as well as his voice work for the children's movies Shrek the Third and Yogi Bear. From performing live concerts to filming movies, readers will discover what it's like to be a professional entertainer! Features include a table of contents, maps, "Did You Know" fun facts, a "Snapshot" page with vital information, a glossary with phonetic spellings, and an index.