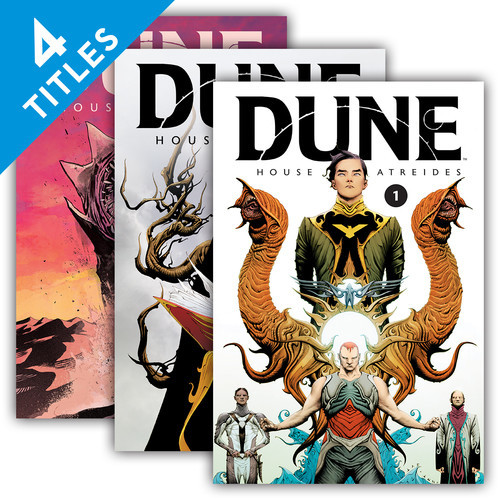 Set in the years leading up to the explosive events in Frank Herbert's Dune, this prequel series transports readers to the far future on the desert planet Arrakis where Pardot Kynes seeks its secrets. Meanwhile, a violent coup is planned by the emperor's son; eight-year-old slave Duncan Idaho seeks to escape his cruel masters; and a young man named Leto Atreides begins a fateful journey. Aligned to Common Core Standards and correlated to state standards. Graphic Novels is an imprint of Spotlight, a division of ABDO.