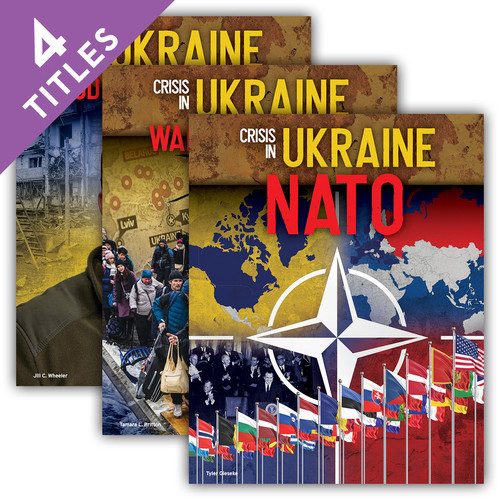 On February 24, 2022, Russian president Vladimir Putin announced that Russia would perform a special military operation in neighboring Ukraine. Within minutes Russian troops had invaded. The world watched as the political, economic, and humanitarian fallout ensued. This series examines the war, the circumstances that led to it, and influential individuals involved. Aligned to Common Core standards and correlated to state standards. Abdo & Daughters is an imprint of Abdo Publishing, a division of ABDO.