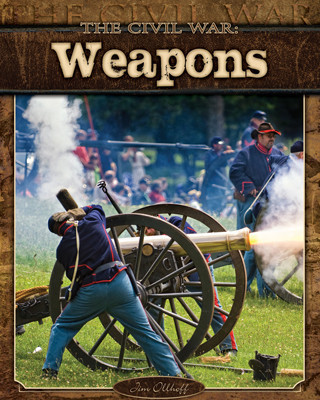 The American Civil War continues to be one of the most significant events in US history. In this title, readers will examine the weapons-large and small-used by both Union and Confederate forces in the war. Engaging text introduces readers to the new ironclad ships and submarines built for battle and the roles they played in military campaigns. Chapters also highlight common personal weapons, such as swords, guns, and bayonets, and the development of bombs, mines, and cannons that were implemented into battle tactics. Additionally, readers will explore the impact of newer technologies such as railroads and telegraphs during the war.