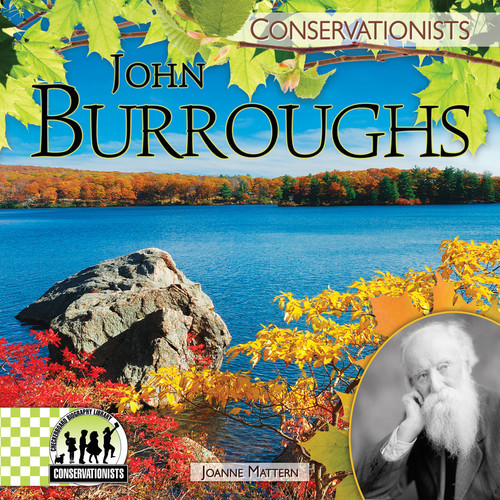 Extraordinary environments endure through the efforts of conservationists such as John Burroughs. In this engaging biography, readers will learn about Burroughs's farming childhood, his mother's influence on his early love of nature, his education at various schools in New York State, his teaching career, and his wife and family. Readers will discover Burroughs's friendship with the poet Walt Whitman, who inspired Burroughs to become the famous nature writer he would one day be. Burroughs's love of the Hudson River valley and his travels to California and Alaska helped people such as Theodore Roosevelt and John Muir establish national parks. Burroughs spent his days experiencing and writing about nature. In turn, he has inspired generations of green pioneers.