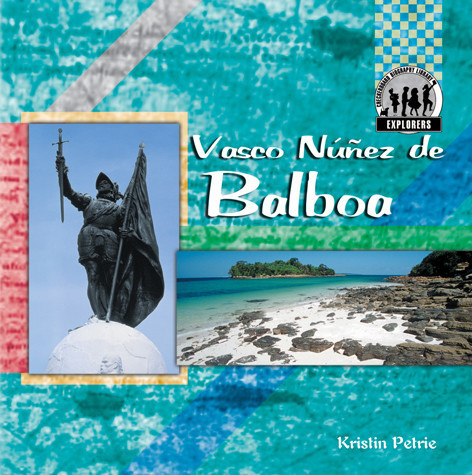 This biography introduces young readers to the life of Spanish explorer Vasco Núñez de Balboa. The book covers Balboa's childhood service as a page to the Lord of Moguer and the education he received in exchange for his work. Readers learn that Christopher Columbus's discovery of the Americas may have influenced Balboa's decision to become an explorer. Through engaging text, readers learn of Balboa's first expedition. Balboa sailed with Rodrigo de Bastidas to Hispaniola. They crossed the Atlantic Ocean and explored the coast of Colombia. Also introduced is Balboa's attempt at becoming a planter and a pig farmer on Hispaniola. Readers discover that Balboa was a stowaway on Martín Fernández de Enciso's expedition to San Sebastian on the coast of the Gulf of Urabá. The book explains that King Ferdinand II of Spain appointed Balboa governor of Darién and that Balboa was the first European to record the sighting of the Pacific Ocean. Full-color photos, a detailed map, an index, a timeline, discussion questions, bold glossary terms, and phonetics accompany easy-to-read text.