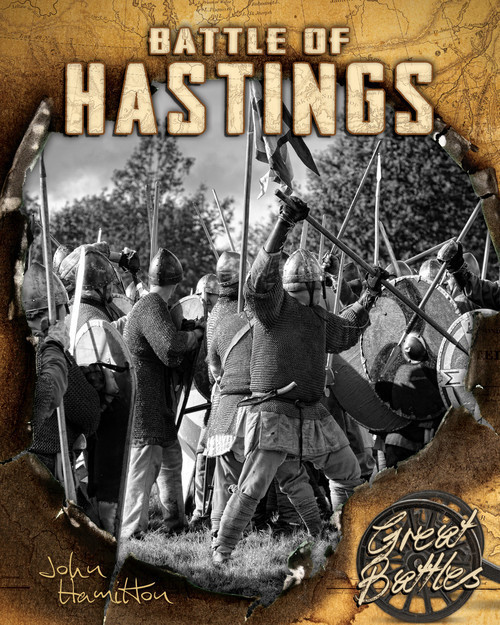 October 14, 1066. Find out why this date will live in infamy in Battle of Hastings. Learn what led up to the battle, including King Edward of England's death without an heir. Get to know key historical figures including King Harold II, the last Anglo-Saxon king of England, Harold Hardrada of Norway, who sought the throne, and William, Duke of Normandy, who won the day and became William I, or William the Conqueror. Put yourself on a battlefield of the Middle Ages as you learn about military strategy and resulting casualties. Learn what weapons and tactics were used, including types of armor, the Normans' arrows and mounted troops, and the Saxons' battle axes, javelins, swords, and infantry. Finally, discover the reasons behind Harold's loss to William, as well as the aftermath of this pivotal conflict, including changes in language and governmental and societal organization. Black and white and color photographs, illuminating quotations, maps, charts, a glossary, an index, and book links round out this exciting and informative title.