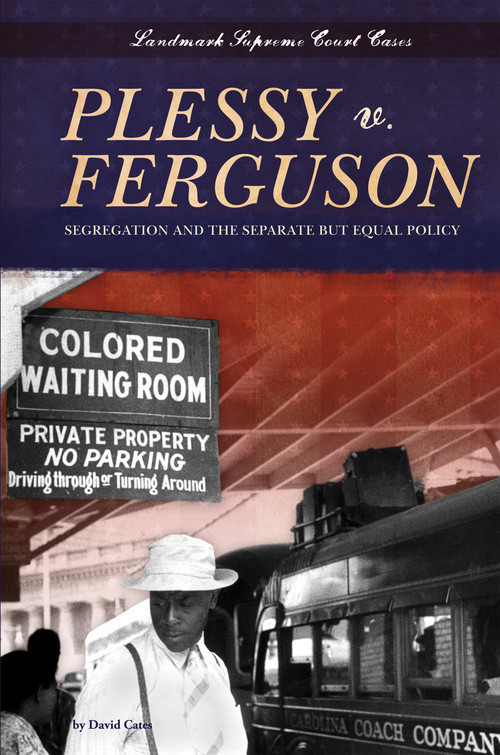 Plessy v. Ferguson: Segregation and the Separate but Equal Policy

The US Supreme Court is the head of the judicial branch of the federal government. It is the highest court in the land, with thousands of cases appealed to it every year. One of those history-making cases was Plessy v. Ferguson, which decided the constitutionality of "separate but equal" policies in 1896. Readers will follow this case from beginning to end, including the social and political climates that led up to it and the effects it had after the court made its ruling. Major players and key events are discussed, including Homer Plessy and the Citizens' Committee, and their fight against Louisiana's separate train cars law. Compelling chapters and informative sidebars also introduce Dred Scott v. Stanford, the Civil War, Abraham Lincoln, slavery, the Emancipation Proclamation, the Thirteenth, Fourteenth, and Fifteenth amendments, Reconstruction, the Freedman's Bureau, Jim Crow laws, Booker T. Washington, W.E.B. DuBois, the NAACP, and Brown v. Board of Education. Plessy v. Ferguson addressed segregation and racism. This landmark Supreme Court case changed the course of US history and shaped the country we live in.