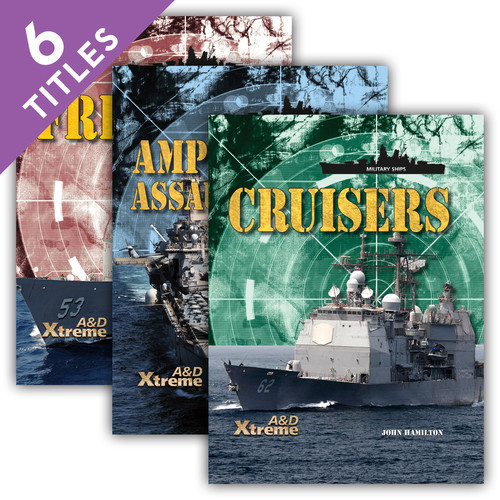 From US Navy aircraft carriers to submarines, readers patrol the world's oceans with our nation's greatest military ships. Above and below the waves, fighting ships and the heroic sailors who control them are featured in large, full-color photographs. Reluctant readers will be drawn in by short, easy-to-read bursts of information that explain the history, capabilities, and technology of the newest of America's military ships.

Each of these titles describes the purpose, components, and history of one type of ship. . . . The glossaries have lengthy and helpful descriptions of new words. . . . This set covers a high-interest topic, and the short paragraphs, sidebars, and large color photos will attract reluctant readers.