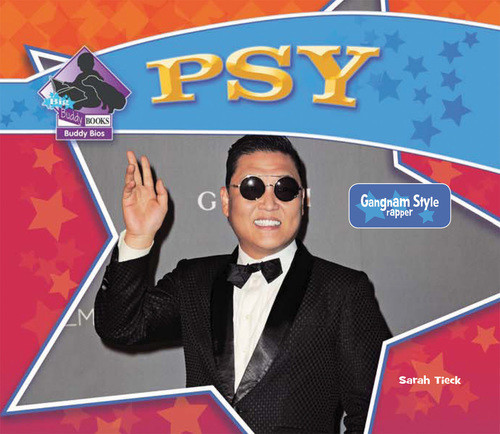 Colorful graphics, oversized photographs, and short, engaging sentences draw readers in to the fascinating life of rapper Park Jae-sang, better known as PSY, the creator of "Gangnam Style"! Readers will follow PSY's journey, from his youth in the Gangnam District of Seoul, South Korea, to his time at Boston University and Berklee College of Music, to his thriving career in the K-pop industry. They'll learn about PSY's albums, from his debut PSY from the PSYcho World! up through PSY's Best 6th Part 1, his 2012 album containing "Gangnam Style." Thanks to YouTube, "Gangnam Style" quickly became a pop culture phenomenon, enticing millions worldwide to do the famous horse dance! Also covered is PSY's family life, his work with well-known manager Scooter Braun, and his 2012 MTV award. Features include table of contents, map, fact boxes, facts page with PSY's vital information, glossary, and index.