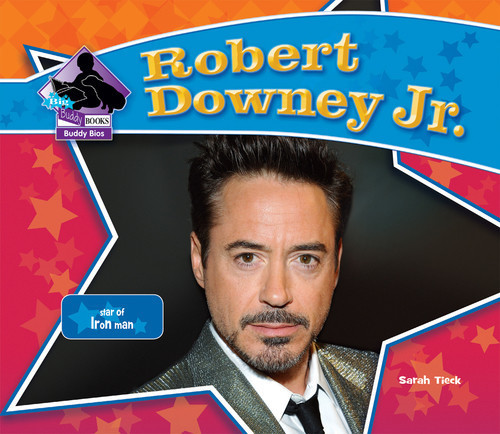 Colorful graphics, oversized photographs, and short, engaging sentences draw readers in to the fascinating life of famous actor Robert Downey Jr., star of the Iron Man movie series! Readers will learn about Downey's family background and early interest in acting, leading to his popularity as a talented, young actor of the 1980s. Covered in detail is Downey's popular role as Tony Stark in the Iron Man and Avengers movie series. Also included is his starring role in the Sherlock Holmes movie series. Features include table of contents, map, fact boxes, facts page with Downey's vital information, glossary with phonetic spellings, and index.