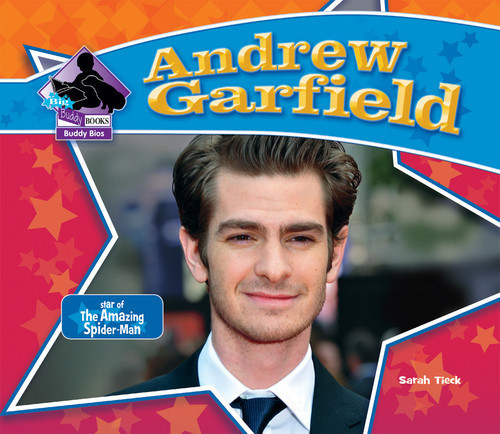 Colorful graphics, oversized photographs, and short, engaging sentences draw readers in to the fascinating life of actor Andrew Garfield, star of The Amazing Spider-Man! Readers will learn about Garfield's family background and success as a stage actor. Also discussed are Garfield's roles in movies including The Imaginarium of Doctor Parnassus and The Social Network. Covered in detail is Garfield's starring role in The Amazing Spider-Man movie series. Also covered is his 2012 Broadway role in Death of a Salesman, as well as his acting awards and charity work. Features include table of contents, map, fact boxes, facts page with Garfield's vital information, glossary with phonetic spellings, and index.